Interview with Lynette Eason, Author of Without Warning 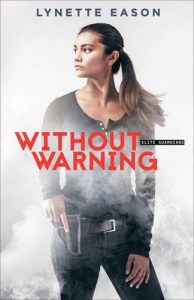 CBR:  How did you know the romantic suspense genre was the one for you?

Ms. Eason:  I grew up reading Nancy Drew, the Hardy Boys, The Boxcar Children, Agatha Christie’s Hercule Poirot, Alfred Hitchcock and many more. I think the romantic suspense genre was just a natural thing for me.

CBR:  Do you have any plans to branch out into any other genres and if so, which one(s)?

Ms. Eason:  Maybe. I’ve got an idea for a Dystopian YA series that I play with every once in a while. We’ll see.

CBR:  Where do you come up with ideas for your twisted villains?

Ms. Eason:  The news or a movie or the newspaper. Unfortunately, I think my twisted villains could be the top story on any given night of the week. And I have a writer’s imagination so it’s not hard to create the kind of villain I need to fit the story.

CBR:  If someone could only read one of your stories, which one would you select and why?

Ms. Eason:  I would say, Always Watching. I just like that story. And it’s also the first in the new series so the beginning is a great place to start.

CBR:  Do you have any examples from your own life that contribute to the career choices of your Elite Guardian characters – those being protected or the bodyguards themselves?

Ms. Eason:  Nope. All of that is just my imagination at work! 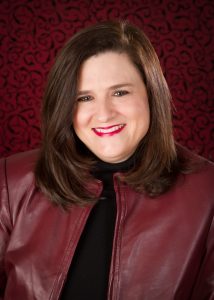 CBR:  What challenges did you encounter while writing Without Warning?

Ms. Eason:  You mean other than the challenge that is the actual writing of the book? Ha! I had to do a TON of research for this one. There’s quite a bit of history associated with this story so I had to make sure it was accurate.

CBR:  If you could spend an afternoon with any author, including one who has already died, whom would you pick and what would you want to discuss with him or her?

Ms. Eason:  Probably Margaret Mitchell. I just loved Gone With the Wind. I’d want to talk writing, of course, and ask her about her inspiration for the characters. She was only 48 years old when she died and I’d want to know if she had any other stories she wished she could have written.

Lynette Eason is the bestselling author of the WOMEN OF JUSTICE series, the DEADLY REUNIONS series, and the HIDDEN IDENTITY series, as well as Always Watching in the ELITE GUARDIANS series. She is the winner of an ACFW Carol Award, a Selah Award, and an Inspirational Reader’s Choice Award. She has a master’s degree in education from Converse College, and she lives in South Carolina. Learn more about Eason and her work at www.lynetteeason.com.