Identity crises, consumerism, and star-crossed teenage love in a futuristic society where people connect to the Internet via feeds implanted in their brains. For Titus and his friends, it started out like any ordinary trip to the moon - a chance to party during spring break and play with some stupid low-grav at the Ricochet Lounge. But that was before the crazy hacker caused all their feeds to malfunction, sending them to the hospital to lie around with nothing inside their heads for days. And it was before Titus met Violet, a beautiful, brainy teenage girl who has decided to fight the feed and its omnipresent ability to categorize human thoughts and desires. Following in the footsteps of George Orwell, Anthony Burgess, and Kurt Vonnegut Jr., M. T. Anderson has created a not-so-brave new world — and a smart, savage satire that has captivated readers with its view of an imagined future that veers unnervingly close to the here and now.…

This review may contain affiliate links, which means if you make a purchase using these links, then Compass Book Ratings may earn a small commission.

Wow! I had no expectations going in, and I was completely hooked by page 2. It’s difficult to classify Feed–a satire of American life today, and a look into what the future might very probably bring if we don’t curb our habits. It’s the story of teen romance and friendship, with hilarious insights into the way kids think and act–especially when they’re overstimulated or bored.

M.T. Anderson is spot on with his observations, and his writing style is wonderful–just enough references to pop culture and current slang to keep the reader grounded, while incorporating new terminology that’s futuristic but easy to figure out. Yes, this book is raw, but the style fits the story so well that it’s hard to find fault with the author’s choices.

Feed made me laugh and cry. It scared me and gave me hope. A powerful, intense, cautionary tale that needs to be read by anyone who struggles to disconnect from electronics, Feed will be on my mind for days and weeks to come.

Violence/Gore:  A character is beaten by police with little detail–later it is revealed that the victim died as a result; in an extended scene (2 pgs), a character has a violent nightmare in which people sustain minor injuries and property is damaged.

Loss of loved ones, unwed parents, abandonment, threat of war.

Minors drink alcohol; no illicit drugs are used, however, characters participate in mind-altering activities through the “feed” that have similar effects to drugs and are referred to as “being under the influence.”

Leslie
I’ve been an avid reader for as long as I can remember. My mother would often find me curled up in a corner, avoiding chores with a book–or two. When I was growing up, there wasn’t a large selection of YA books. I had children’s books and adult literature to choose from. I’ve come to love YA fiction as an adult and read almost nothing else when I read for pleasure–any genre will do. 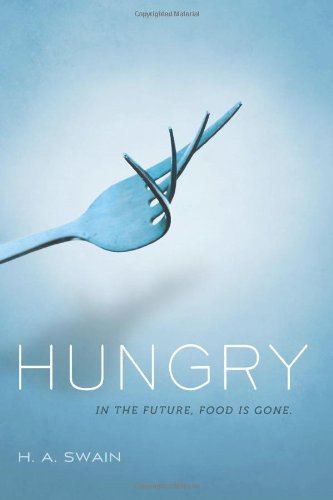