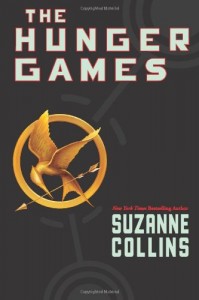 As book one of a trilogy, The Hunger Games by Suzanne Collins is an incredibly enthralling and emotional story of teenagers being forced to either kill or be killed in an event their government holds each year:  The Hunger Games. The main character, Katniss, is such a smart, strong, selfless, likeable person, it’s hard to not love her from the beginning. Having lived a hard and harsh life, it seems things can’t get much worse for Katniss until she becomes a part of the Games. When it seems she’s faced her most trying situation, you find her given another that’s possibly even more difficult. You experience the very jarring subject of the killing that occurs in the Games, but Suzanne Collins also includes unlikely friendships, romance and unwavering loyalty, making this a story that will appeal to young adults and adults, both male and female alike. With frequent, unexpected twists and turns, it’s rare to find a page-turner like this absolutely amazing book and you will not be able to put it down!

Violence/Gore: There are a few (4) extended incidents including that of character getting killed with a spear brief description (entire scene/event three pages); creepy animals attacking three characters (eight pages); creepy animals killing someone slowly (two pages); a character suffering and dying from insect stings including description of body’s reaction to the stings (two pages). Many (44) brief instances of violence including but not limited to discussions of potential violence in the Games; hunting both animals and people in the Games; two characters’ parents dying in a mine explosion; cannibalism; brief mention of how some died in previous Games; character coughs blood in another character’s face when knifed in the back and killed; bloodbath mentioned in first day of games with 10 people dying in unknown ways; a character dying from insect stings with very little detail; explosion of supplies with no casualties; character breaking another character’s neck, instantly killing him; three characters killed with no detail as to how; character knifed in the forehead and blood briefly described; character shoots an arrow into another character’s neck who then drowns in his own blood; character poisoned from berries and dies; character smashes rock into another’s skull causing instant death.

Note:  Most of the acts of violence involve or are committed by children between the ages of 12 and 18 against other children.

Sex/Nudity:  There are many (29) brief incidents including but not limited to kissing; holding hands, hugging; cuddling; sharing a sleeping bag (no details, no innuendo); girl wearing a see-through, provocative gown; character seeing self naked in a mirror; character’s naked body being looked over by prep team to prepare for styling.

Jenny
I love being able to help busy parents who just don’t have the time to pre-screen all their children’s books and know how much I appreciate it as my sons have gotten older. I feel very blessed that my amazing husband makes it possible for me to be a stay-at-home mother to four amazing boys. When not reading or enjoying time with my family, I like baking, especially trying new recipes, and the occasional sewing project.